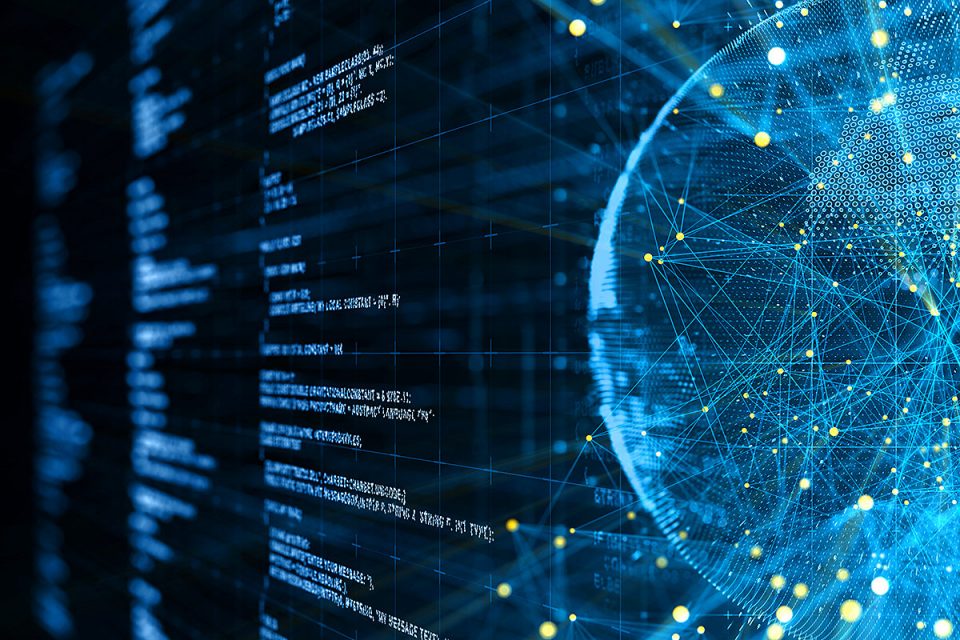 In Computer Science, Big data generally refers to data which is so large and complex that none of the traditional data management tools are able to store it or process it efficiently. It is mainly characterized by its 3Vs (Volume, Velocity and Variety). Many definitions included other Vs, but let’s keep it simple for now for the sake of simplicity. Volume refers to the amount of data generated. With Velocity we refer to the speed with which data is being generated, while Variety in Big Data refers to all the structured and unstructured data that has the possibility of getting generated. Examples of Big data include data generated by social media in terms of photo and video uploads, comments, etc., and data generated by machines and sensors, and even web logs which track user behavior.

Now that we know what big data is, we want to embark together on the adventure of analyzing verse 59 of surah Al-Anaam in Quran, from a data scientist’s perspective. [I don’t know if the message, this particular verse conveys, exists in other Holy books (I’m a Data science and Artificial Intelligence enthusiast, not an expert in Holy books!). If you know of any, please feel free to share]

The verse is the following:

Which is translated into :

“All the treasures of the unseen lie at His disposal. No one knows them but He; He knows whatsoever is in the land and in the sea. There falls not a single leaf but He knows it, nor is there a grain in the dark beds of the earth, nor anything fresh or dry but all is recorded in a clear book (-in God’s perfect knowledge)”.

To make it simple: the verse states that EVERYTHING is recorded in a clear book. But what is this “everything”?

Now, I want you to reason in terms of Volume, Variety and Velocity of data generated by everything that happens in the universe and to think of where and how this data is stored. What existing data management system could handle this high volume, high variety and high velocity data? The answer is NONE! Only a “Divine” one can. In fact, even the Big Data Not Only SQL (NoSQL) databases, which have recently emerged as a leading new data storage technology pioneered by top internet companies like Amazon, Google, and Facebook, cannot deal with such data. Many issues would naturally arise, including those related to Consistency and Scalability, and which I’ll be happy to cover in future posts.

Those in the Data Science field would probably think I’m missing a very important V which is Value. Big data is indeed useless if no insight is extracted from it. In Computer Science, this process is called Big Data Analytics, and which is defined as the often complex process of examining large and varied data sets, or big data, to uncover information that can help in making informed decisions. Well, same thing applies to data recorded in the clear book. A very important decision will be made by the Creator based on the analysis of our records (good deeds Vs evil ones!) and this ultimate decision is what will determine our fate as human beings.

Let me know if the analogy I made makes sense to you and feel free to leave comment.

Keep your mystery on social media!